War does not determine who is right…only who is left. 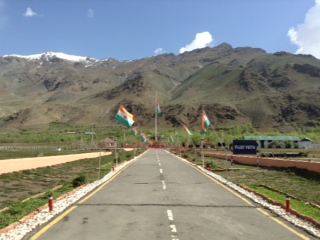 Two years ago I wrote a piece – A War…Hundreds of Martyrs…A Lifetime Of Memories – when I made my trip to Kargil after 15 long years, to pay homage to our martyrs, among whom were friends I lost. Today, marks the 17th anniversary of the Kargil War.

Are we an ungrateful nation? Yes and no.

No, because there are some who have not forgotten the sacrifices made by the Indian Army. There are some who continue to fight to protect the same land & freedom. Not necessarily from the borders or in Jammu & Kashmir. Some of us fight battles in towns & cities to educate the rest of the population about being grateful. About being thankful that they are Indian & free.

Yes, we are ungrateful, because there is a section in our society that does not think national interest or national security. The ungratefulness comes to the fore when terrorists are eulogised and their killing is called unconstitutional or human rights activists are holding placards asking for humane treatment of those terrorists. My question to such people is have you lost someone close to you, someone who died simply because he wanted to protect you? Quite a few of us have. So, listen to us. For we will tell you what it means. What it means to hear that he will not come back again to meet you, to laugh & share a drink with you, to plan important events in life, to get married, to have children, to eat what his mother cooks, to support his father as he gets on in years…in short to experience life.

Yes we are ungrateful when we allow misguided citizens of this country to take the security forces for granted. Aren’t the security forces human? What gives anybody the right to harm them? And, when they are harmed, why should they not protect themselves? Would you and I not protect ourselves if somebody pelted stones at us? Would we not defend ourselves? Let us allow our defence & security forces to protect the country, instead of protecting themselves from an ungrateful nation. Remember, there is no flag large enough to cover the shame of a thankless country.

As parts of the country gear up to honour our martyrs & their families, it is time for the rest to pause & think about the dead soldier and how it is not enough to win a war; it is more important to organise the peace. Peace has to be organised, otherwise war will not end; and if war doesn’t end, we end as a country. That is not acceptable to a large majority of us.

Sometimes, you have to pick up a gun to put the gun down. I will not mourn our soldiers who die protecting us. I am thankful and grateful we are still a nation that produces such heroes!

We Serve With Pride

No matter how much frustration there is,
Fear, trepidation, anxiety or unease.
Despite all the hardships  & adversity aside,
As long as I wear the uniform I endure all with pride.
For service and loyalty are what matter to me,
Honour, courage, respect and integrity
Are the armour I wear to counter all foe
They give me strength when into enemy land I go.
I depend on my comrades, and defend them I must,
They in turn they depend on me keeping the trust.
Together we shall overcome the toughest of test,
Our resolve will never waiver as we all give our best.

2 thoughts on “War Does Not Determine…”