“You have never lived until
You have almost died,
And for those who choose to fight,
Life has a special flavor,
The protected will never know!!!” -Capt R Subramanium Kirti Chakra (Posth) 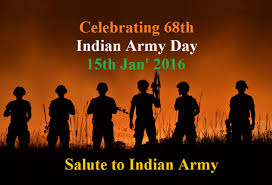 Saluting the Indian Army, to which I owe a lot in my life, I have put together some amazing facts for everyone to read. The more I dug into my research & reading, the more I found…I can’t really do justice to what this proud institution has done for Indians & for India. This is merely an attempt to educate the people out there…

The Indian Army is a powerful one, not just in terms of numbers, but also in its resilience 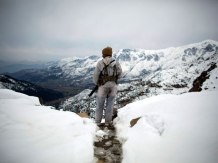 and ability to handle stress. Our soldiers complete a minimum of 2 years tour of duty as opposed to the American system of 6 months. I have always wondered whether soldiers from other armies would actually survive a 3 month tenure in Siachen?

Leadership in the army by and large focuses on the psychological & emotional well being of the soldiers. Yes, I know the question of soldier suicides is bound to come up here. Very rarely is this work related. Most of these cases are related to problems at home pertaining to spouse, family feuds & financial dealings. It is here that the rich tradition of regimental life has stood the test of time and the strong bonding woven in an army unit, results in high levels of camaraderie. For those interested in reading more about this, I would recommend Lt Gen Ata Hasnain’s blog – http://www.ibnlive.com/blogs/india/lt-gen-syed-ata-hasnain/why-the-indian-army-handles-stress-better-than-all-other-armies-14405-1153882.html

Indian Army has its share of problems and challenges. However, I do not think this is the 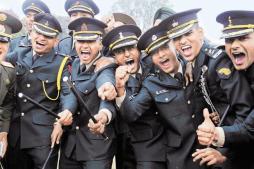 day to highlight those. Today, we celebrate the 68th Indian Army Day and raise a toast to all those who fight to keep us alive.

When you see a soldier…
Be sure to shake his or her hand,
Let that soldier know you’re grateful,
For the protection the military affords our land.

But most of all express your thanks,
For every soldier’s personal sacrifice.
In order to serve our country,
They risk their entire lives!