“I wonder whether those of our political masters who have been put in charge of the defence of the country can distinguish between a mortar from a motor, a gun from howitzer, a guerilla from a gorilla,..although a great many resemble the latter.”

Field Marshal Sam Maneskshaw’s had assessed the political system of our country aptly. The number of articles & write ups on line and mails I have read in the last forty eight hours are testimony to the the anger & fury all of us from the armed forces community are going through.

I do not wish to write about One Rank One Pension (OROP). There are experts who have written about it. How the Veterans have been treated and what they have faced on the 14th of August, is what has brought shame to our country & that is what I write. What is appalling is that one security organization threatened and man handled a community of Veterans who had served to keep our country safe and secure. The Delhi police can shout to high heavens that they were given orders. Are they so blind that they did not know whom they were evacuating in Jantar Mantar? Were they so intent on showing the Ex Service Men who was the boss? Would they like their medals being torn away from their shirts in the disgusting manner they tore the medals away from the septuagenarians and octogenarians who were peacefully protesting for their rights? Do the police even know what it means to have your medals and ribbons torn away in that manner?

The shame lies in how we treat our Armed Forces. I am a proud daughter of a proud army officer who served his country for 38 years. A lot of people out there are family to me. The pain of watching how they were  being treated by the cops brought in a combination of angst, frustration and helplessness. At that moment a lot of things came crashing down in my mind. And I am sure there are many more like me in the rest of the country who will echo my sentiments. Why do our Veterans have to go through this ignominy? Only because they were protesting peacefully in public?

Our politicians, bureaucrats & certain parts of civil society must understand certain ethos of the Armed Forces. In the last 69 years, we have never had our Veterans go on a relay hunger strike or a public protest like this one. It is simply not in our culture. For them to do so, it means they have been pushed to a corner by the government. The rest of the government servants or the politicians will not understand this because they take to the streets easily to protest, and, they also know how to turn such events to their advantage. Veterans or the Armed Forces in India do not do that. All that they were doing was drawing attention to an issue that has been long overdue which the Prime Minister and his government had promised.

Why did the Delhi police do what they did is a question that may be answered satisfactorily or may not be. In any case, whatever be the clarification, it is too late. The damage is done. Anything that is said or done will be seen in retrospective to this one incident. Which is why, even the Prime Minister’s speech on our Independence Day seemed like a  rhetoric to many people. In one part of his speech he spoke about focusing on the positives of what the NDA government has done and not dwell too much on the negatives. After all, the intention to fulfil the promises is there. When the Government of India cannot focus on the positives of our Armed Forces and Veterans, it’s a little difficult for us to return the same favour Mr Prime Minister.

Whether the mask is labelled democracy or dictatorship, our great adversary remains the bureaucracy & the political class. Our Armed Forces & Veterans have shown us beyond a doubt that they can fight the enemy facing us across the frontier of the battle lines. Today, they have to fight the insecurities of the internal adversary, as well as battle the external forces. Isn’t that a little unfair on them? What would our administrators and law & order protectors  do, if the Armed Forces refused to get involved in rescuing people from floods, in earthquake hit areas or landslides? Why should the Armed Forces deal with insurgents who are all part of the problem created either by bureaucrats or politicians?

Mr Jay Bhattacharjee, a policy and corporate affairs analyst, wrote yesterday, that “every regime whether a democracy or a dictatorship / junta faces its moment of truth.” To me this seems that moment for the NDA government. Almost 95% of the Ex Service Men pledged their support and votes to this motley crowd of politicians, in the hope that the new government will prioritise the nation and the people who truly serve the nation. Sadly, they couldn’t be farther from the truth.

Our military leaders don’t seize power in coups; our soldiers don’t go on strike for their benefits; our armed forces don’t weigh in on the political process. In return, the country has a sacred duty to treat them honourably. Chanakya wrote to Chandragupta Maurya in a letter:
” If ever things come to a sordid pass when, on a given day, the Mauryan soldier has to look over his shoulder prompted by even a single worry about his and his family’s material, physical and social well being, it should cause you and your Council the greatest concern & distress. I beseech you to take instant note and act with uncommon dispatch to address the soldier’s anxiety. It is my bounden duty to assure you, My Lord, that the day when the Mauryan soldier has to demand his dues, or worse, plead for them, will neither have arrived overnight nor in vain. It will also bode ill for Magadha. For then, on that day, My Lord, you will have lost all moral sanction to be the King. It will also be the beginning of the end of the Mauryan Empire.”

Every other country has understood this and implements this. Isn’t it time we do it also?

An article I read in the papers got me thinking about how certain characters in movies endear themselves to us…only because we find them so realistic. I also walked down memory lane on a Sunday morning, sipping my tea, sitting in my 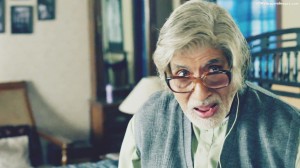 balcony…just reminiscing about actors whom I have admired. We so often undervalue the roles that are played by actors in our movie watching. The actor – character divide goes in and out of focus in most movies. However, there is a certain kind of cinema, where this divide does not exist and the character overtakes the actor, or, rather, the actor submerges himself in the role, disappearing completely until you forget about the real life person.

A recent character that had such an impact on me was Bhaskor Banerjee, played by Amitabh Bachchan in the film Piku. Amitabh is one actor who has been immortalised in our minds. Right from playing the character of Vijay in Deewar, to the leather jacketed hero on a bike, in Muqaddar Ka Sikander and now, as Bhaskor Banerjee in Piku, there is something about Amitabh where the actor – character divide becomes a blur. There is one scene in the movie, where Piku is talking to the maid who has a complaint against Bhaskor. He is constantly hovering over her as she works and suspects her of being a thief too. The maid is naturally upset. Bhaskor’s expression when Piku adopts a conciliatory approach to dealing with the maid is priceless. His behaviour is also something most of us see with older people in our homes.

The other scene that impacted me a lot was Bhaskor dying in his sleep. It was very different from seeing Amitabh dying in his movies of 1970s or 80s. Bhaskor’s death felt more real, closer home. It hits me with the reality that in real life too Amitabh Bachchan is 73 years old. Amitabh as Bhaskor in Piku was very different from Amitabh playing the role of an old man in his earlier movies. Bhaskor strikes a chord…reminds us of our own parents, grand parents…

Watching Piku, drove home two points for me. I became more aware of mortality & how some of the reel life characters leave an indelible print on our minds. Some of the older Hollywood movies I watched  have also had the same impact. Omar Sharif’s role as Feodor Sverdlov, a handsome Russian diplomat 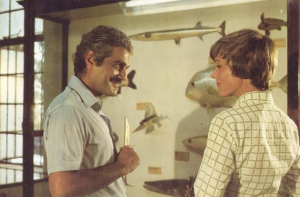 in Tamarind Seed, was one such character. Omar Sharif slipped into the role so well that it was difficult to think of him as Omar for a while after that. He falls in love with Julie Andrews, who works for the British government and it is a romance set during the height of the Cold War. The storyline and the roles were extrapolated in real life for me because I was in Vietnam at that time when my Dad was the military attache there. I was witness to a couple of budding romances around me.

I still cannot figure out where Don Vito Corleone began and where Marlon Brando disappeared in Godfather. The larger than life character of Don Vito took over Marlon Brando’s persona completely. The scene where Vito talks to other Mafia chiefs and transitions from peace talk to subtle warning if any harm were to befall Michael, Brando is brilliant. He goes from regretful, sad, to calm and forgiving to powerful and firm but it so subtle, it hard to distinguish between Don Vito & Marlon Brando.  “But I’m a superstitious man…and if some unlucky accident should befall him, if he gets shot in the head by a police officer, or if he should hang himself in his jail cell, or if he is struck by a bolt of lightning (I got goosebumps here), then I’m going to blame some people in this room, and then I do not forgive”

I know a lot of people sideline Brando’s role and prefer Al Pacino’s role as Michael Corleone. Al Pacino, was no doubt fantastic. There is no denying the character – actor overlap there. However, in my mind, it will always be Don Vito Corleone 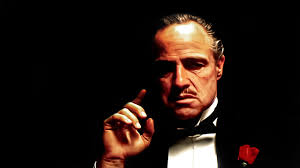 who will send the shivers down my spine and yet, will be an endearing old man tending to his vegetables in his garden. The lines between performance and reality break down with such actors and roles. And I guess age does make a difference…beyond a point there is no faking. Even if it happens momentarily, while watching a scene, where the person is rising from the chair, pauses to balance himself, or, has a faraway look in his eyes while thinking of his life, or, the tone of his voice changes subtly to convey the emotions he is going through, without changing his facial expressions….you continue to wonder,”Was that Amitabh or Bhaskor/Omar or Feodor/Brando or Don Vito?”