“Why is it,” he said, one time, at the subway entrance, “I feel I’ve known you so many years?”
“Because I like you,” she said, “and I don’t want anything from you.”― Ray Bradbury.

I chanced upon an article in New York Times and it has left a deep impact on me. And because it is about love, Valentine’s Day seemed the right day to write about it. This is the story of Isaiah Berlin and Anna Akhmatova. For all my readers who do not know them, Isaiah Berlin was a 20th century political theorist, philosopher and Anna Akhmatova was a great pre revolutionary poet. Berlin met Anna in Leningrad in 1945 one night, when he was hanging around with a friend.

Berlin walked into the apartment to meet a beautiful woman, powerful, but wounded by the atrocities of war. Her

husband was executed in 1921 on false charges. She had stood for 17 months outside the prison, vainly seeking news about him. Like all strangers meeting, Berlin and Anna met. Their conversation was restrained, talking about war experiences and British Universities. People came and went.

By midnight they were alone, sitting on the opposite sides of the room. She told him about growing up, her marriage and her husband’s execution. She recites Byron’s “Don Juan” with such passion that Berlin turned his face to the window to hide his emotions. She then recited some of her own poems, breaking down as she described how they led the Soviets to execute one of her colleagues. By 4.00 in the morning, they were talking about the greats – Pushkin and Chekhov. Berlin was impressed with the light intelligence of Turgenev, while, Anna appreciated the dark intensity of Dostoyevsky.

Deeper and deeper they delved in their conversation, baring their souls. Anna confessed to her loneliness, expressed her passions, spoke about art and literature. Berlin did not want to break the spell of that conversation…so he refused to go to the bathroom also. Both of them had read the same things, knew what the other knew, understood each other’s longings. That night, Berlin’s life came as close to as it ever did to the still perfection of art. When he finally pulled himself and went back to his hotel, it was 11.00 am. He flung himself on bed and exclaimed, “I’m in love, I’m in love.”

The night Berlin and Anna spent together talking stands as the ” beau ideal of a different sort of communication.”  It’s that communication between individuals who felt that knowledge most worth attending to does not need data, but, in  great 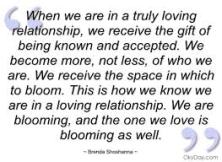 works of culture, in humanity’s great storehouse of inherited emotional and existential wisdom. Both came from a culture that encouraged people to possess a certain intellectual scope to lead an interesting and fulfilling life.

My own experience has been when you have such life altering conversations, it is because my man and I have done our reading, discussed big ideas and big books (classics & neo classics) that have actually taught us how to experience life in all it’s richness, make subtle emotional and soul searching evaluations…and not judgements. This can happen when both are spiritually ambitious, combing through the common language of literature, written by amazing geniuses who understand us better than we understand ourselves.

That night, Berlin and Anna experienced a beau ideal of a certain kind of bond. A bond that is felt once or twice in a lifetime. Just that much, because I would like to call it a sort of love bond that depends on a lot of coincidences. For Berlin and Anna, it was piecing of the jigsaw puzzle…a puzzle that seemed incredibly complicated when they were introduced in the early part of the evening. As the night progressed, they discovered they were the same in many ways. There was such harmony that all inner defences crumbled in one night. This communion that was intellectual, emotional, spiritual, created a combination of friendship and love. It was an important night for both. For Berlin, it was an event that left him

totally changed. For Anna, it later turned in to suffering. The Soviet government tortured her for cavorting with a British spy. Her son was imprisoned and Anna expelled from the Soviet Writers Union. Yet, she never once blamed Berlin for all this. Instead, she continued to write about the luminous magic of that night.

I am not sure how many people want this kind of a relationship or life today. How many actually look beyond the transactional aspect or the utilitarian moment of our lives? How many couples or partners can say “I am all the more enriched, fulfilled and empowered because of this one person, who liberates me in more ways than one?”

I can say that with a big smile on my face, and…in my heart!